my one year anniversary with CLE 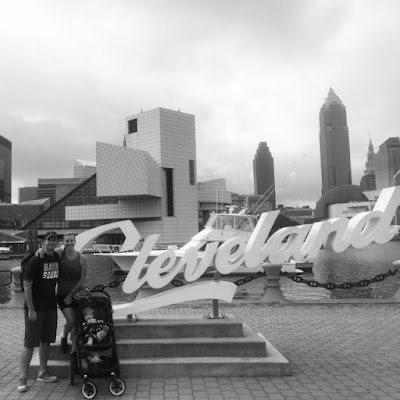 it's been one year since we moved to cleveland! it's been a year of exploring a new city and adapting to life in the suburbs. a year full of changes and challenges. a year of good things, as well as things that took me a while to stop whining about.

when we left chicago, i felt like i lost so much. i lost a job i really loved, i lost a close-knit group of friends that i was able to see regularly, and i lost a way of life that i'd come to love, one that included easy public transportation, bike rides along the lake, and living within walking distance of 90% of the things i needed. 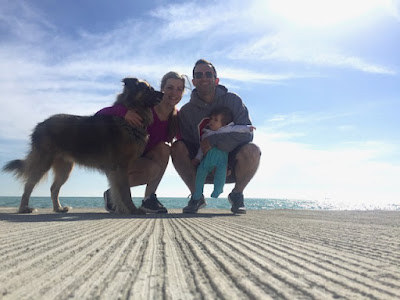 so, obviously, coming to cleveland was hard. all i could think about for months after we arrived was what i had left behind. luckily, over time, i started to fill in some of those gaps. the pieces didn't fit quite the same way, but little by little i started to feel fulfilled.

in the last year, i have confirmed or proven wrong several expectations i had about life after chicago, and what cleveland had in store for me. here are a few.

the suburbs are the worst
i knew moving out of the city and into a suburb would be one of the hardest adjustments i’d have to make. this  mostly stemmed from the fact that living in the suburbs means having to drive everywhere, and a year in, i still hate that aspect of it. to be fair, this definitely has to do with the city where we chose to buy a house, in that it is far from cleveland rapid transit and isn't known for having a "city center" type of spot in walking distance. i probably whine about not being able to walk somewhere for coffee or to run a quick errand every week, but on the bright side, all this time in the car means i fly through podcasts at a rapid pace. i'm like, super caught up on current events. i try to embrace the things that are made easier by driving, like grocery shopping and carting a baby around, and most importantly, i try to make time for walks around our neighborhood as much as possible. i miss walking and public transportation, but not having to wait for the train in the rain and snow is actually a huge relief.

the cleveland food scene is nothing compared to chicago’s
sure, cleveland doesn't necessarily have as many of the same caliber bars and restaurants as chicago, but i have been very pleasantly surprised and encouraged by cleveland's dining and bar scene, not to mention its incredible craft breweries. whether it's downtown on east 4th or in ohio city and tremont, i always have more places on my list to check out. i have to travel a little farther to get to the newest cool spots, but cleveland’s food and drink scene is scrappy and young and growing a ton, and i’m happy to be a part of it. (my current favorites are the black pig, soho chicken and whiskey, butcher and brewer, and platform brewery). 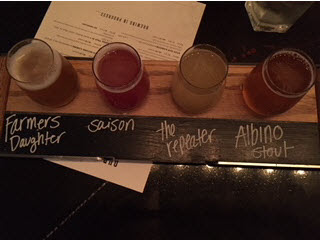 there is no good pizza in cleveland pepper pike
listen, i am aware that i was spoiled living 2 blocks away from lou malnati’s in chicago, and within delivery distance to every pizza place i could possibly want. but there is no way i could have predicted the pizza drought i now experience living in pepper pike, ohio. not only is it difficult to find good quality pizza from the local spots around town, it is nearly impossible to find one that will deliver to our house. we live in a pizza wasteland where even domino’s won’t come to us. as a mother of a toddler whose idea of dinner consists of 3 minutes eating happily in a high chair, followed by 7 minutes of throwing food, struggling to climb out, and eventually swiping her entire tray onto the floor in a fit of rage, driving 20 minutes to eat at our favorite pizza places just isn’t in the cards most nights. when we get the chance to pick up or dine in, our favorite spots are mama santa's in little italy and bogo in cleveland heights, with geraci's as a "fine" back up plan (will definitely frequent geraci's more now that they're opening a location closer to us). for now, we have solved our eat-at-home-pizza dilemma by bringing home 5 frozen lou malnati’s pizzas from our last trip to chicago, but that stockpile is waning quickly.

no one will visit me in cleveland
i was pleasantly surprised to be proven wrong about people coming to visit cleveland. as always, my friends have gone above and beyond and have come to see me and see cleveland since i've been here. people are interested in cleveland! sure, i pretty much have the same agenda for all visitors (ohio city bars, east 4th meals, metro parks if it's nice outside) but i'm slowly expanding my ideas for things to do to show off cleveland! 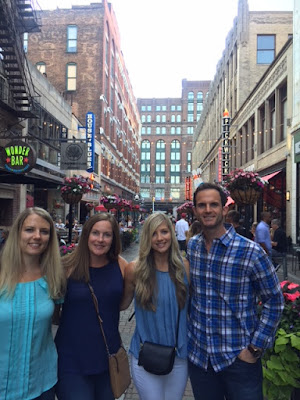 i won't be able make new friends as an adult in my mid-thirties
have i mentioned i have the best friends? well, i hold that really close to my heart. spending the majority of my 20s focused on friends and career means i was really attached to those two things. making friends in such a different stage of life seemed like it would never happen naturally. sure, everyone told me i'd meet women through fiona, but my identity as a mom is complicated. simply having children doesn't necessarily bond me to other women. well, as usual, i was overthinking it. i've made valuable bonds with moms in my community and those bonds are meaningful because they stem from shared experiences as well as differing approaches. and since i started working at my company downtown, i’ve gained an entirely different group of friends – with kids, without kids, married, single, younger and older than me – that has bonded me to the city as well as opened my eyes to opportunities outside of where we live. making friends as a mom, wife, and busy adult isn't as easy as it was when i was a single woman in my twenties, but it isn't impossible, and it has definitely paid off.

so there you have it. one year in, some of my expectations of life in cleveland have proven to be true, and others i’m happy to admit i was wrong about.


in some ways, it's hard to believe it has been a year since we made this giant change. i’m still reeling from moving states, changing jobs, and buying a house all in one year. but with scott as my partner through all of it, i honestly think it’s gone as well as it possibly could have. with his unfailing support, willingness to commiserate, and ability to lift me up when i don’t even realize i need it, i have come to this milestone feeling resilient, hopeful, and open to what comes next in this journey. i just hope there is some good pizza on the way. 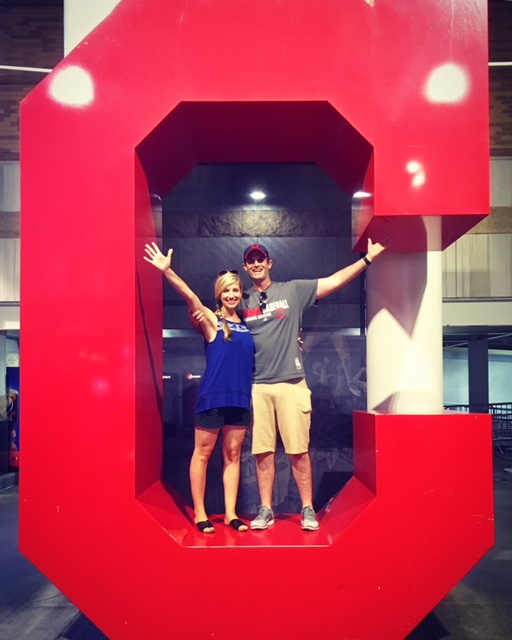 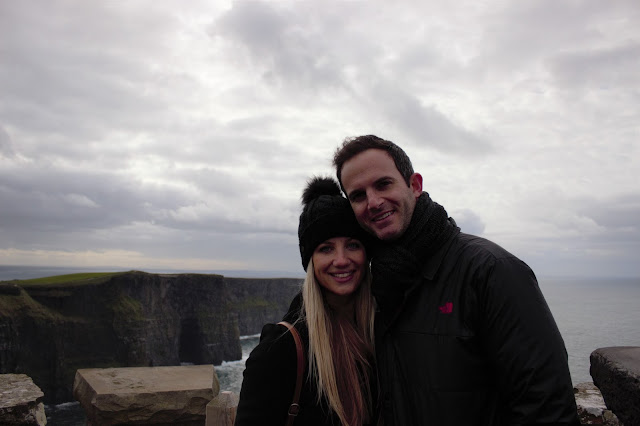